Extra Low Voltage, or ELV, allows businesses to run smoothly and efficiently. Its installation in a residential or commercial property ensures better control and security and lessens the need for numerous connections and cabling inside the structure. ELV systems include AV systems, CCTV, door access control, HVAC management, IT infrastructure networks, and more.

The ethernet network, commonly known as Data Network, has several mediums, interfaces, and protocols. The data network uses different types of mediums such as fiber, copper, and air. When implementing a network, consideration of bandwidth, services, type of traffic, security, and resiliency must be made. Optimizing a network can be done in many ways such as having a bandwidth controller, assigning quality of service, isolating segments of the network, and configuring to avoid looping of data.

A data network is a network of exchanging information that contains information made of several different protocols. A simple network may allow all traffic but to manage traffic, some of the encapsulated packets would need special permissions and specific types of switches. IDawn understands the full requirements of a data network and has the knowledge and experience base to design any data network. In modern industry, there are several types of systems that use Internet Protocol to exchange data. IDawn designs systems such as BMS, IPSS/CCTV, ACS, PMS, FASDS, ASD, RRS, EMS, PAS, and IPTV.

Security and surveillance are an utmost priority in any building and require visual identification and evidence of mischievous behavior. The placement of cameras does not only depend on where their focal region such as identification, recognition, observation, and detection is but also where and how the cameras should be installed, their blind spots, and vulnerabilities.

There are 2 technologies commonly used for visual captures. The Internet Protocol Surveillance System (IPSS) uses IP to transport processed footage to be stored by a device called the Network Video Recorder (NVR). The older version of the camera system, Closes Circuit Television (CCTV), uses analog signals to transmit visual data to a device that processes and stores the data, called the Digital Video Recorder (DVR). All the cameras in an IPSS can be in a single network with other systems connected to the same. The NVR can be at any location, in any quantity, and in any capacity within the data network to store the visual captures. As for CCTV, the DVR is in a single location; the DVR could be connected to the data network.

Parking Management Systems (PMS) is used to keep count of vehicles and the availability of parking spaces. Parking sensors or cameras are installed to monitor each or a set of parking slots (bays). A centralized server in the data network, keeps count of the parking slots and updates a parking booth of the available quantity of parking spaces and in some instances, the location. The parking boom is installed with an access device that operates a boom barrier.

A parking booth typically consists of an underground loop of wire which is connected to a circuit that detects the change in the field which it interprets as an arrival of a vehicle. This prompts the booth to request access authorization or produces a parking ticket. When the driver takes the ticket out the boom barrier is lifted to allow access. Modern PMS includes number plate recognition, a vehicle locator, and a guiding system with a mobile app that guides the driver to the vehicle in a parking lot.

Aspirating Smoke Detection (ASD) system is a network of conduits with holes throughout the length of the pipe where there is a fire risk. This system continuously draws air in to detect smoke particles. It’s a very early detection system compared to FASDS. These systems are usually used as a part of the FASDS and do not trigger a release but act as an extra assurance in case of a false alarm. It has a centralized controller and multiple aspirating units and is usually arranged in zones.

Environment Monitoring Systems (EMS) are usually used in Data Center environments where constant monitoring of temperature and humidity is required. It also has smoke detection and is used to activate smoke alarms. The sensors continually feed data via controllers which aggregate data to a server that may be connected to the Data Network for monitoring from elsewhere. There are multiple transport mediums for EMS ranging from fully IP to 2 wires. Most cost-effective solutions use an RS485 interface which reduces the wiring hassle.

Internet Protocol Television (IPTV) is a video broadcasting system installed in building environments. It is connected to the Data Network and uses a server, video media, or stream channels through the Internet. Typically used in hospitality services to enhance the quality of life, these systems are highly flexible and allow grouping, restricting, and focusing channels to tenants according to their privileges and requirements. Modern IPTV systems are capable of customized channel allocations, advertisements, presentations, and centralized control of individual TVs throughout the environment. It can also be used to direct visitors and tenants to desired or emergency locations.

Building Management systems are an upgrade to Building Automation systems which are used to manage active building infrastructure systems with computerized control and monitoring. These are smart systems that are capable of operating any system such as electrical, mechanical, electronic, plumbing, ventilation and air conditioning, power, FASDS, RRS, and so on. Converting between and to a multitude of different protocols such as BACnet, Modbus, LonWorks, CANbus, Analog and Digital signals, that are transported using protocols such as IP, RTU, MSTP, and 2 wire from each system, BMS integrates them into a single platform.

The BMS provides the user, the ability to control and monitor the entire building as a single user interface. Modern BMS is capable of automating inter-integrated functions and self-optimizing the systems using deep learning and Artificial Intelligence by referring to other BMS systems used in surrounding buildings or buildings in similar environments. The world wide web is used to collect information received through a Data network where BMS may also be a part.

Access Control Systems (ACS) are just as important for security as cameras. It restricts unauthorized personnel from accessing a door.

Access control systems have evolved to work with camera systems where the event of accessing a door triggers a short-recorded clip of the event. ACS usually unlocks doors if it receives a command from FASDS in case of an emergency. ACS can be installed at doors, gates, elevators, barriers, turnstiles; and are in many types such as biometrics, iris scanners, face recognition, card readers, pin/password, and also a combination of these.

A typical access control system includes the access device, electromagnetic lock with contact sensors, push-to-exit button, emergency break glass, a controller, a power supply unit with battery, and a key switch. The legacy ACS sent and received instructions from the controller. The more modern IP-based ACS uses access devices that directly connect to the data network while an ACS server is located elsewhere in the network and controls the authorizations to lock and unlock doors.

Fire and Smoke Detection Systems (FASDS) are vital in critical spaces such as electrical panel rooms, Data Centers, generators, and other fire hazard areas. The FASDS typically works with smoke detection where the smoke detector is configured with a limit on the amount of smoke or duration of smoke detection.

Typically, a FASDS alarms using its siren and strobe and warns the building using the PAS when a detector activates, sometimes with assurance from an ASD. When 2 smoke detectors activate depending on zonal configuration, the gas suppression or sprinklers are activated. In large areas, multiple controllers are used with a centralized supervisor where all controllers transmit and receive information. The piping design and the release of the suppression medium require calculations such that the entire space or region of interest is fully covered. The FASDS can be connected to systems like BMS and ACS to centrally/automatically manage the building to create a passage for the fire department to enter and for civilians to exit or enter a safe zone.

Rodent Repellent Systems (RRS) are a set of ultrasound emitters that produce a sound intolerant to rodents. Usually, multiple ultrasound emitters are connected to a centralized circuit that feeds the required frequencies to the emitter. Usually, these systems are standalone but can be connected to the Data Network for centralized monitoring via BMS or other monitoring systems.

Public Address Systems (PAS) are systems that are used to carry audio messages throughout a building. It contains a network of speakers and audio controllers which allow the building administrators and security to send messages and provide music, and instructions to the visitors and tenants. Usually, the system employs a source, a mixer, an amplifier, a multiplexor, and distributed controllers for zone-wise control. PAS is used by the FASDS to propagate the alarm and warning announcement. The more sophisticated systems are connected to the Data Network which allows audio to be streamed from multiple sources from different locations. 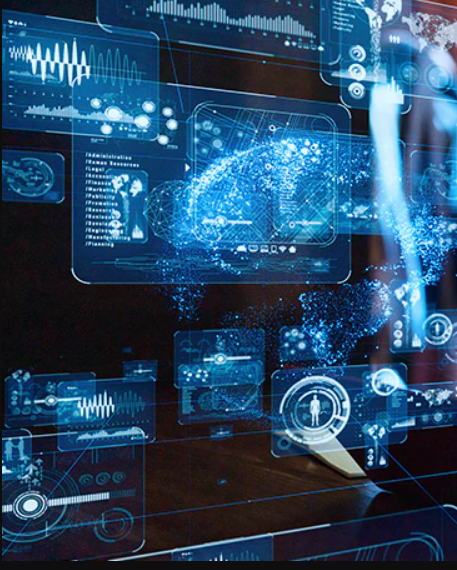 IT & ELV Strategy Design and Consultancy 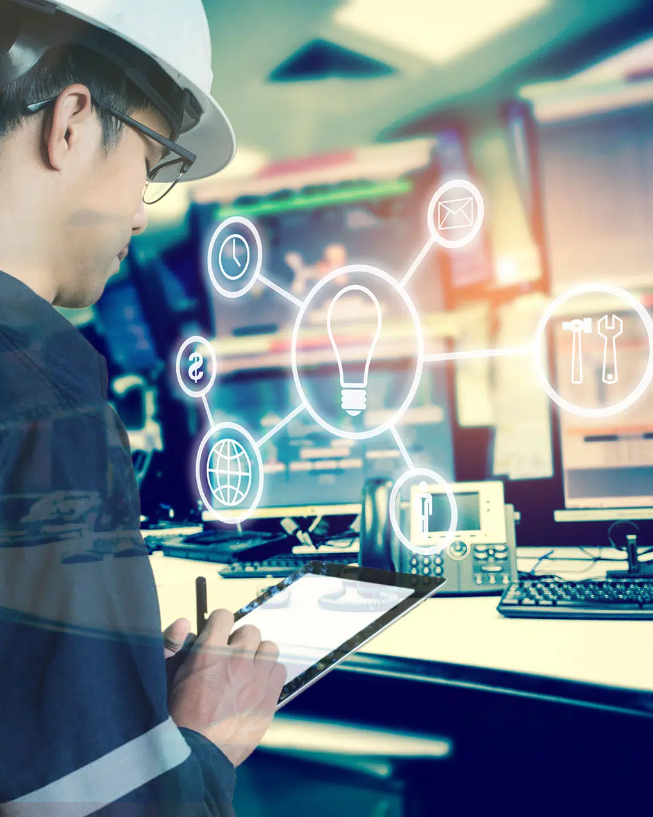 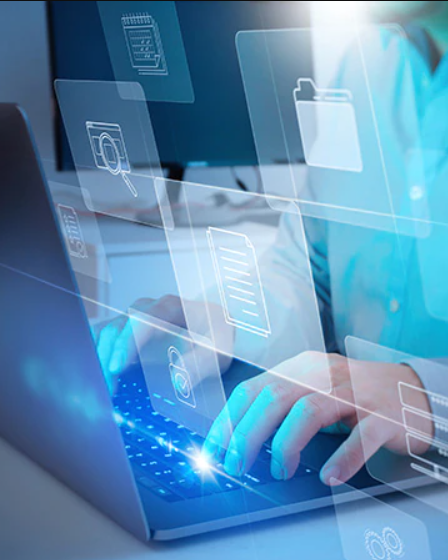